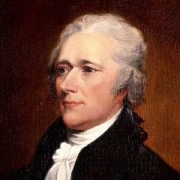 I’ve said before that the reason so many people in our country do not understand the second amendment is because of how many times we should have used it and instead poorly trusted government officials instead. Frankly we are poorly educated in history, economics, civics… and we are pumped full of propaganda.

So here is some counter propaganda… actual information: This is just an excerpt from Lawrence Hunter’s post in the opinion section on Forbes.com

Americans have been taught to think of the U.S. Constitution as a rule, actually a set of rules—the fundamental rule-set for organizing and regulating the national government of the United States of America and protecting certain individual rights delineated in the Constitution from undue encroachment by government. That understanding is upside down and backwards.
The Constitution is not the rule; it is the exception (set of exceptions) that proves the fundamental, unwritten, general rule, to wit: “Anything not proscribed is permitted.” This unwritten rule of natural rights—derived from natural-law theory dating back to Plato, elaborated during the 17th century by John Locke and expounded upon by the Founding Fathers—predates the Constitution, and it is the only legitimate framework in which the Constitution can properly be understood, interpreted and implemented.

The Constitution, then, is like the no parking sign (the exception) that proves the general rule (“park at will”): “Unlimited parking is permitted unless it is explicitly and specifically restricted.” The general, unwritten constitutional rule of total freedom follows from the precept that government lacks any legitimate authority to exercise power and limit people’s behavior unless that power first is consensually delegated to the government from the people, the only legitimate earthly repository of authority to restrict their own behavior.

That is to say, the Constitution does not specify the set of rights to be protected from government incursion and then permit the national government to exercise any power it sees fit as long as it navigates successfully around those rights. The listing of rights in the Constitution, e.g., the Bill of Rights, is redundant, not defining. It was inserted after the fact for emphasis and extra protection against over reaching government officials. It was never intended to delineate an exhaustive list of rights enjoyed by people living in the United States. Indeed, James Madison and Alexander Hamilton both feared and opposed the inclusion of a Bill of Rights in the Constitution.

Hamilton explained why he believed it was both unnecessary and dangerous in Federalist # 84. He argued it was unnecessary to insert a specific list of rights into the Constitution because the document already presumes every conceivable right is protected unless it is specifically restricted therein by delegation of an enumerated power. It was widely understood that the general rule—“permitted unless prohibited”—was the foundational principle of the Constitution.

The Founders believed they had “so contrive[d] the interior structure of the government as that its several constituent parts may, by their mutual relations, be the means of keeping each other in their proper places.” Ambition had been made to counteract ambition, they thought, and thus were the abuses of government to be controlled (Federalist # 51).

A Bill of Rights was dangerous because of the legal concept Madison and Hamilton called the “negative pregnant.” In Federalist # 32, Hamilton explained the negative pregnant and demonstrated how it worked within the confines of the Constitution, namely Article I, Section 10, which prohibits the states from laying any imposts or duties on imports or exports without congressional consent:

“The restriction [prohibition] in question amounts to what lawyers call a NEGATIVE PREGNANT that is, a NEGATION of one thing, and an AFFIRMANCE of another; a negation of the authority of the States to impose taxes on imports and exports, and an affirmance of their authority to impose them on all other articles.”
In other words, by stipulating what states could not tax (the negative), the Framers implicitly affirmed their power (the pregnant) to tax anything else without having to seek congressional authorization to do so.

Lawrence Hunter has other great posts as well, one being “Gun Control Tramples On The Certain Virtues Of A Heavily Armed Citizenry”

THE FLAG AND CONSTITUTION

The Answer is MORE memes
Scroll to top