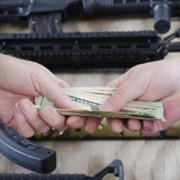 The topic of banning private gun sales has been around for a while, including Obama’s whole campaign so why are we still talking about it like it’s actually going to happen?

As has been said before every little piece of gun control legislation is a stepping stone to the next. Private sales go hand in hand with background checks which is a current hot topic as well. If you require expanded  background checks then no doubt you will soon eliminate private sales between two individuals. We should start back a little further to how the Federal Firearm License (FFL) program was implemented as part of the 1986 Gun Control Act. Notice that the 1968 Gun Control Act followed the assassination of JFK (the debate on the act started shortly after his death), the 1934 National firearm act followed the “business plot” of 1933 to overthrow the Roosevelt presidency, 1986 Hughes amendment was after the attempted assassination of Reagan, and from that same event we end up with the Brady bill. The 1968 Gun Control Act requires that business owners who sell firearms to have a FFL, not only that but it bans the sale of handguns from private out of state individuals. Using the most violated portion of the Constitution, the Interstate Commerce Clause. The amount of awful legislation produced from a perverted view of the Commerce Clause is staggering. This is where the restriction of private sales really began and the implementation of license manufacturers along with proper serial numbers. One has to wonder how guns were so readily available through mail order, no serial numbers, no background checks, yet gun crime pales in comparison to what we have today.

Ultimately I would say this is one solution to figuring out what to do with crime, why were guns so much more readily available yet there was little violent crime? Personally I blame the deterioration of family including welfare system, the drug war, the education system, perpetual war, and the rise in pharmaceuticals, it is certainly hard to point at one specific item. To clarify, this isn’t to try and point fingers at everything besides guns, it is to say that firearms existed and were readily available for over a century and the rise in violent crimes coincide with the other items I mentioned. Therefore attacking a symptom and not looking at the root cause is like giving a patient, with a brain tumor, only aspirin to fix his headache. Continuing down the current path of adding reactive regulations will do nothing to truly decrease gun violence.

As I said Obama didn’t get very far on putting an end to private sales, in fact the only thing he was able to push was that if you routinely sold firearms then you needed a FFL. This is contrary to the ATF’s take on it, as they have said for years if you are not in business then not only do you NOT need one but you CANNOT have one. The fact of the matter there are thousands of old men who set up at flea market like gun shows (quick clarification you can sell flea market items at a gun show but cannot sell guns at a flea market) and their goal is mainly as collectors, just trading up for the next thing. Many of these guys will never even shoot the firearms they are buying it’s like a stamp collector or baseball card collector, it’s the thrill of it and the community of being around fellow collectors. Some may say that the FFL system allows them to apply for a “curio and relic” license but this again may not apply to the more casual collector. Also who can blame a person for believing the government doesn’t need to know about their large assortment of early 20th century 22 rimfires and double barrel shotguns.
I said this about background checks and I think the same about private sales, these rules will more than likely pass because the government wants be involved in every aspect of our life, it adds to revenue due to taxing as firearms would have to go through an FFL, and it fits with the idea of background checks for all purchases. Leaves me to wonder when will enough be enough.