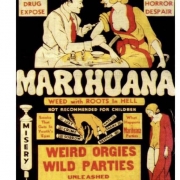 If you’re still stuck on how scary drugs are I ask that you listen to the first few episodes of the podcast series “Historical Controversies” from the Mises institute. https://mises.org/library/historical-controversies?page=7 as this discussion is way past the need for legalization of marijuana.

The more states that legalize marijuana, the more the question is posed; should gun owners be allowed to use medicinal marijuana. Part of the reason that this is such a difficult question for most is the lies that have been told for so long about marijuana and other illicit drugs, hence why I put the link to the podcast series above. It’s well done, thorough, and best of all it includes tons of references. I’ve tried to point this out numerous times through these writings that many times people are all about freedom and liberty when it comes to themselves but are quick to want to reign in the freedom of others whether it be “what part of infringe don’t you understand… unless you’re a felon” or “marijuana should be legal… and tax the hell out of it.”

Think of the countless ridiculous laws, prohibitions, and sin taxes that have been pushed in American just during the 20th century. Many areas still have pointless Blue laws regulating industries and behaviors. The story of the Ice Cream Sundae was because of a Soda shop wanting to still make money on Sunday but was unable to sell Soda Pop as it was against the law on Sundays. Alcohol was probably the most famous prohibition where is users were vilified by numerous groups and politicians, point being that marijuana users are just the most current in a long line of second class citizens… even while marijuana use is in many ways like that of alcohol during prohibition, it’s in common use and is losing its taboo profile. But that doesn’t stop the hypocrites.

Think about this, 60% of adults will be on antidepressants at one point or another in their lifetime. Do you think they plan on giving up their firearms? Or look at it another way 10,000 people die in drunk driving crashes every year, do we take someone’s license who drinks BEFORE they commit the crime? The governments constant pushing for “pre-crime” legislation is slippery slope that focuses on punishing people who have not committed any crime, completely neglecting the good old “innocent until proven guilty.”

I realize much of this section was about Marijuana and that was intentional as this is the more hot button issue right now. This all still applies to the cocaine, heroin, DMT, LSD, etc… user. This is not advocating the use of firearms while intoxicated on any of these (or alcohol) what I am saying is its use doesn’t make the users rights null and void. The response to this is often that druggies end up committing crimes while trying to get money for these drugs… well yeah but it is illegal to steal you know, will you also be banning drug users from crow bars and bolt cutters? This also is a great example of the misconception of drug users. Contrary to cop drama television shows and movies… not everyone who has looked at a drug becomes a rabid uncontrollable druggy.
This also segways into our next topic and that is the states right to regulate itself, if a state wants to legalize marijuana than it has every right to allow its citizens who partake to also posses firearms. The second amendment specifically forbids the federal government from getting involved.

Thomas Massie recently spoke on this topic as well: https://www.marijuanamoment.net/gop-congressman-wants-marijuana-consumers-to-be-able-to-legally-purchase-guns/ .

Felons should be able to buy guns and other triggering positions. PART 1

NRA and Everytown
Scroll to top