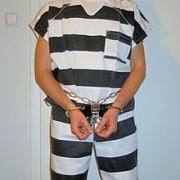 Sometimes just the mere exercise of walking through controversial positions can strengthen your own beliefs, it can also help you determine if your view is based on emotions or based on logic. I have no doubt people will not agree with all these positions… and that’s fine, echo chambers are not usually great places for growth.

Gun owners are quick to point out the importance of the Natural Right of self-defense as well as the constitutionally protected right of firearms by the second amendment. However once you start wading in the weeds you find that it isn’t as cut and dry for most. They mean that it is a Natural Right and Constitutionally protected right for THEM… Which is why this topic is in need of review.

Felons should be able to purchase and possess firearms… admittedly this isn’t the majority or popular opinion, and you can be damn sure it isn’t on any bumper stickers or upcoming pieces of legislation, however the fact remains the same. Why?  One is that not all felons are violent, example; drug distribution/ possession in some cases, cyber crimes, fraud, counterfeiting, bribery, and drunk driving are just some cases of non-violent felonies. Some argue that these people have committed crimes, they knew what they were doing and it isn’t so much that they aren’t safe it is that they need to still be punished. Or phrased differently (and ignorantly) “play stupid games, win stupid prizes.” If this is the case the question becomes how long does a person need to be punished for a crime? Generally people who go to prison and are released are said to have “paid their debt to society” how is that true if their rights are not restored? Some politicians have looked to restore voting rights, jury duty, and even running for public office. Note though that not a thought is given to restore their right to own firearms. It is interesting to hear the same people who say voting laws that don’t allow felons to vote disproportionately effect the African American vote, but they don’t apply this to African Americans being disproportionately unable to protect themselves and their families with firearms. It also doesn’t take much research to see that the areas where many ex-cons live are areas with increased crime rates, the very area where self-defense is needed the most.

We can look in article after article that basically say the same thing, people who are against restoring the rights of felons continue to insist that the state continue to exact punishment and retribution, upon people who have paid their debt to society. But again, these articles mention nothing of restoring gun rights. (Do your own research look up “restoring felons right to vote”)

Violent offenders bring up more issues, first why are we letting them out if we still think they are violent? Second if these are violent criminals then haven’t they proven they don’t exactly obey laws? Third if felons are not allowed to buy guns then how would we stop them? Background checks? But we’ve already covered that previously (links below). Is it right to infringe on the rights of everyone so we can stop the sale of a few guns to violent felons who would be able to get the guns through other means anyway?

Gun control doesn’t work, it is legislation that keeps firearms out of the hands of people without due process.

Felons should be able to buy guns and other triggering positions. PART 2
Scroll to top