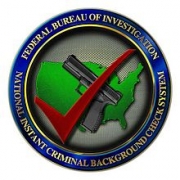 To start I’d like to just post a response I posted on our instagram page to Toms Shoes CEO Blake Mycoskie, he recently went on the Tonight Show and made an impassioned plea to expand background checks and explained what his company was doing on the issue. You’re able to go to his website and send your representative a postcard asking them to expand background checks. Since then famous people have jumped on board along with some you wouldn’t think of like Country stars Florida Georgia Line and Dierks Bentley.
Dear @toms,
I appreciate your sincerity and I also want to end gun violence, I truly do. In fact I agree with you the background checks sound like a common sense solution that we can all agree on, it’s hard to argue against the idea that bad people shouldn’t be allowed to have guns and a simple background check could fix this. As a gun dealer (FFL) I even have to do these background checks in the shop and, contrary to what the media says I also am required to do them at gun shows.
However, we come to ultimate issue… it doesn’t work, like so many government programs it’s just a warm blanket, it will make you feel good but the implementation and program will fall flat. I’ll give you two reasons why; the first one you can probably guess and that is “criminals don’t obey gun laws”. It’s almost cliche to say it since it’s been said time and time again but I guess that is because it is true. Vegas, Parkland, Aurora, Orlando, Ft Hood, Texas church shooter, Virginia tech, etc… all passed background checks. The San Fernando shooters obtained them illegally in a straw purchase to bypass the background check, Adam Lanza from Newtown stole the gun from his mom after he killed her. In my own town last year a man was denied a firearm for failing a background check… the same day he went on to steal one and murdered his ex-girlfriend. The other is the background check cannot be comprehensive enough to make a difference without violating all of our rights, after all who will get to define who is mentally ill? What prescription medicine can you be on? Can you have depression? When will things like social media posts be judged? All these violations of our privacy will ultimately be for naught because again criminals do not obey laws. If we really look at gun statistics it isn’t even these high profile “mentally ill” cases… we aren’t seeing prescription drugs or mental evaluations in Chicago yet every week is a Las Vegas massacre in the inner city. Background checks just plain don’t work.
I appreciate your sincerity and your drive to want to do something. After all you show what businesses can do, giving away 60 million shoes, no government program could match that efficiency. Government only aggravates the issues it can’t solve problems, maybe more accurately put is describing it as a Hydra, it solves one problem by creating two or more problems. Millions of dollars will be spent and no one will be saved. The result will be more data collection on citizens and another door to more gun control.
I also want to be clear as a licensed gun dealer background checks only increase my business as more people have to come through me. This has nothing to do with money and everything to do with liberty and freedom. 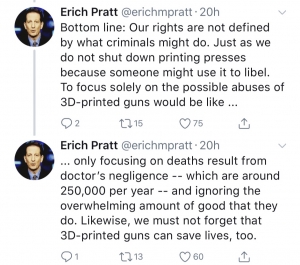 Again I stress my solidarity with people like Blake, I don’t want to see people murdered and is counter to why I wanted to sell guns in the first place. Selling firearms for me is about liberty and part of liberty is being able to defend yourself, the last thing I want to do is be part of any innocent person getting hurt.
In Libertarian and Anarcho circles it can be difficult or pointless to bring up the constitution but I feel that while the constitution is constantly manipulated and interpreted poorly, it is a common point for many Americans, no matter where they stand on issues. To further explain the issue of background checks I’d like to bring up a potentially more controversial topic than guns and that is abortion. The Roe v. Wade ruling focused on the “Due Process Clause” of the 5th and 14th Amendment
“No person shall be deprived of life, liberty, or property, without due process of law”
The court ruled that the right to privacy under this clause extended to abortion. Now I ask you if it extends to abortions why would it not extend to background checks? The information that would need to be provided would be generally medical in nature. Also how is denying a person a firearm, without a trial, due process? The person can appeal the decision by mailing a letter to FBI but is that not guilty until proven innocent?
Lastly the clear intent of the Second Amendment was in regards to citizens protecting themselves from government, what sense does it make to hand over the power to that government for them to decide who can and can’t have a firearm?